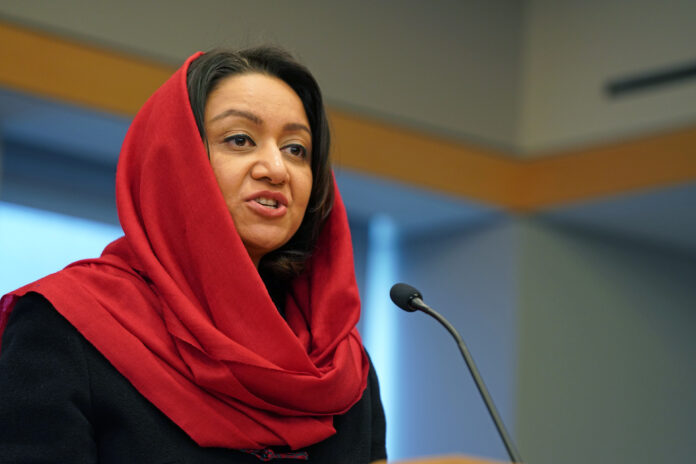 According to The New York Times, the US has returned 33 stolen antiques to Afghanistan. This includes an ancient bronze mask of Silenus.

Due to decades of war and disorder, Afghanistan has lost thousands of its Buddhist and Hindu antiquities. Many antiques dated back more than 1,800 years.

According to St John Simpson, a curator at the British Museum, many of these objects reached the Western market in the 1990s and early 2000s. He further acknowledged that almost all the antiques were either illegally exported or stolen.

On Monday, the Manhattan district attorney’s office and the Department of Homeland Security sent the items to its Afghan ambassador. In total, Afghan ambassador Roya Rahmani received antiques worth $1.8 million. This took place at a ceremony in New York, according to the article.

Approximately, 2500 stolen pieces estimated at a value of $143 million. Dozen of raids took place in 2012 and 2014. It was then when the antiques recovered from Manhattan art dealer Subhash Kapoor.

Furthermore, the Taliban, demolished the famous sixth-century Buddhas of Bamiyan, a pair of enormous carvings, in 2001. They were also responsible for much of the destruction and looting of Afghan relics and religious icons.

Afghan Ambassador Pleased with the Return of the Items

According to Afghan officials, the repatriated antiques will be displayed at the National Museum, in Kabul.  The officials further stated that they will now protect their museums and cultural institutions from plunder and smuggling.

The ambassador praised the district attorney’s office for coordinating the return of the items to Afghanistan.  Since August, the unit has overseen the return of 338 items to seven countries. This includes Nepal, Sri Lanka, Egypt, and Pakistan. According to officials, more items will return after addressing concerns regarding the pandemic.

Pak Afghan Youth Forum - December 4, 2020 0
Reema Shaukat WAR-TORN Afghanistan is on its way to bring peace to the country. Ironically, due to prolonged presence...

Editorial Desk - April 22, 2021 0
This article is based on a thread posted by twitter user, Dr. Nafees Ur Rehman (@NafeesRehmanDr) A poet, a visionary, who has given shape to...

Pak Afghan Youth Forum - January 6, 2021 0
Young men and women walked a red carpet to background music in traditional, regional, western, and some in more revealing attires in a sprawling...